Sports have always been a big part of my life. Growing up I danced, cheered, played softball, basketball, and tennis. Tennis was my sport; I trained daily and played tournaments on the weekends. After a mentally tough senior season, I switched gears in college and stopped playing competitive tennis. That is when I found triathlon and joined the Auburn Triathlon team. My first race was an Olympic relay in which I did the run. I met my best friends in college through triathlon and we traveled the southeast together doing races. Gosh, I have the best memories from college triathlon… a time of endless training because what else is there to do in college? Study?! I raced with the tri team from 2007-2010. 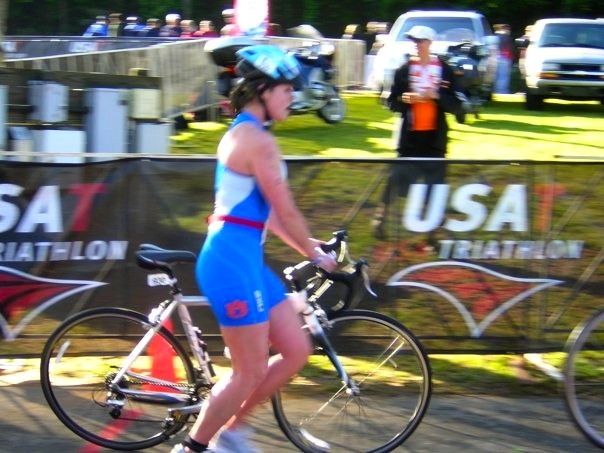 Things changed up again after graduation, marriage, and the move from small town Auburn, AL to big city Orlando, FL. The roads were new and I didn’t have my group of college buddies to ride and train with. Eric and I joined a marathon group and I signed up for my first marathon that fall. Eric ended up getting injured so he couldn’t finish the training, but he did run the last 9 miles with me holding my hand across the finish line.

It’s not the runner’s high that got me hooked to races, but the encouraging spirit of the endurance athlete. It’s not uncommon to hear fellow runners/triathletes to cheering you and pushing you to race your best while they are running next to you. That camaraderie is inspiring. Racing is my own, and it allows me to push my body to new limits. Racing connects me to myself, to nature, and to community. It’s my happy place.

With all this endurance talk, strength training has long been  overlooked in my book. Currently I’m incorporating CrossFit a few times a week to balance out my fitness routine. I have to say, I’m getting hooked.