Double Chocolate Cherry Skillet Brownie a la mode with vanilla ice cream, almond butter drizzle, and chocolate shavings. This skillet brownie is lower in sugar and made with healthier ingredients like almond butter, whole grains, dried Montmorency tart cherries, and dark chocolate. Thanks to the Cherry Marketing Institute for sponsoring this post. 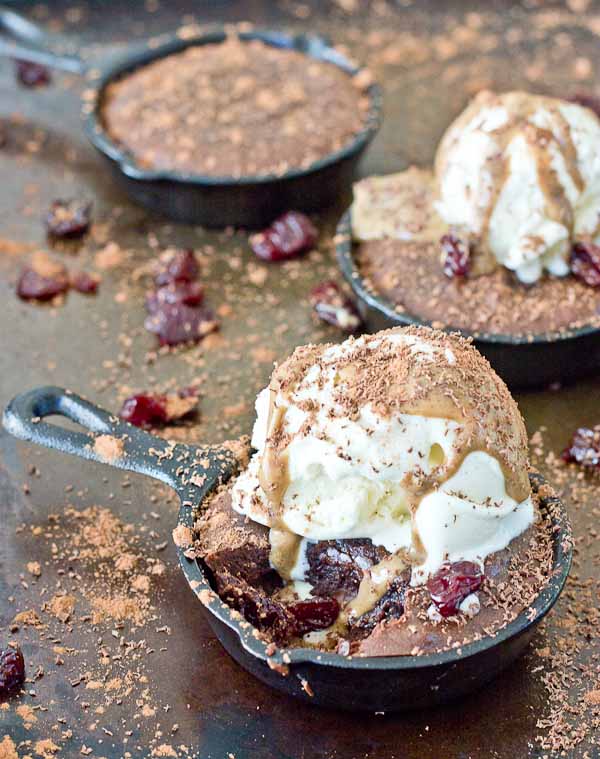 Everyone NEEDS a good skillet brownie in their life. Needs as in it’s a necessary and non negotiable truth. In fact, one of my most popular posts on this blog is Why Eating A Brownie Can Be Good For You. This brownie is made with better-for-you ingredients but not too healthy to where it doesn’t even taste like a brownie. Brownies need to be decadent. It’s their design. Butter, sugar, egg, chocolate, flour… and more chocolate. Let’s not make it too complicated. 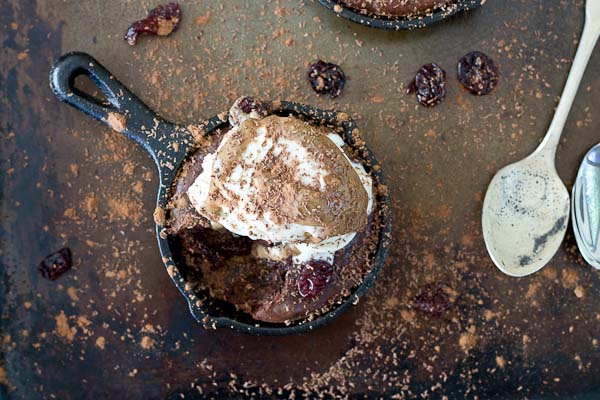 I asked you last week on my InstaStory what type of brownie you wanted… healthy brownies or decadent brownies and an overwhelming majority ruled healthy decadent brownies. Part me is like why can’t we just eat the real thing?? I realize though this is a health blog and you probably already have a go-to for decadent grandma-style brownies in your recipe box. But healthy brownies are more of a challenge to make yummy and decadent.

And I say that because I tested this Double Chocolate Cherry Skillet Brownie recipe a good 10ish times ya’ll. Trying to get that healthy brownie to not taste like a hockey puck. And a sad amount of chocolate was killed in the process. Good thing I had a pound of chocolate in the cabinet for recipe testing. That’s preparedness, I know.

To get this healthy decadent perfect Double Chocolate Cherry Skillet Brownie… this is what went down in my kitchen, aside from a BIG multi day mess. I made this recipe with…

a mixture of AB and coconut oil

with coffee and without

whipping the eggs first verses stirring them in later 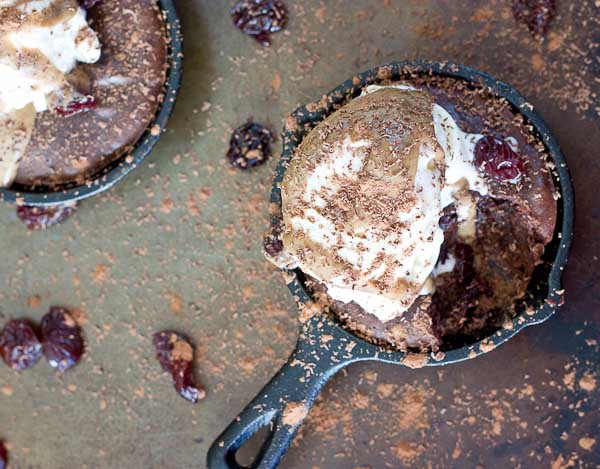 That dark chocolate and cherry combo is what I was going for in these brownies, so naturally I added Montmorency tart cherries to this double chocolate brownie batter to give a sweet tart taste that compliments the rich dark chocolate flavor. Tart cherries in every bite… make these true bliss bars.

And while you can totally make this recipe in a bigger skillet or a pan or muffin cups, you really NEED to get these adorable miniature 3.5 inch cast iron skillets for this recipe. Amazon prime baby… it’s my obsession as of late. 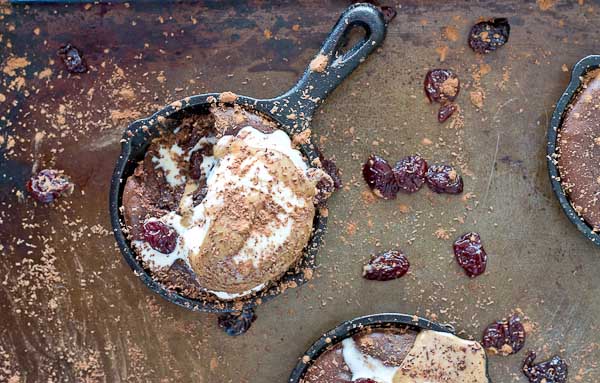 So what do you say… are you down for a good Double Chocolate Skillet Brownie? A la mode or naked?

You probably know, it’s all about the toppings if you ask me so I’m digging into the ice cream, almond butter, chocolate shavings and tart cherry topped skillet brownie…. Grab a spoon. 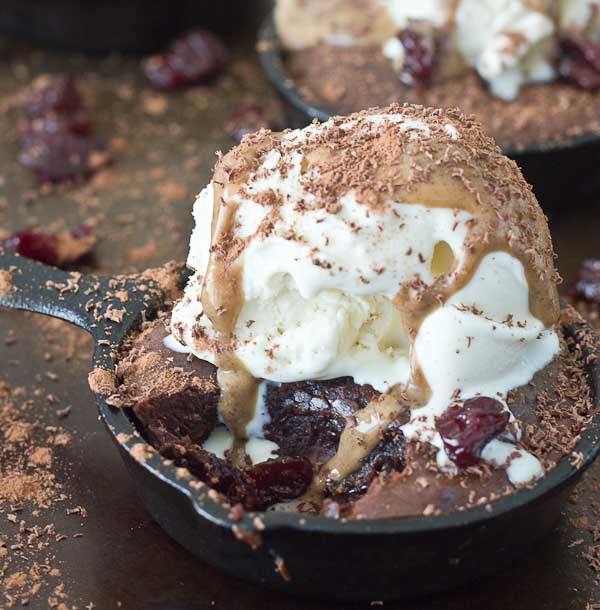 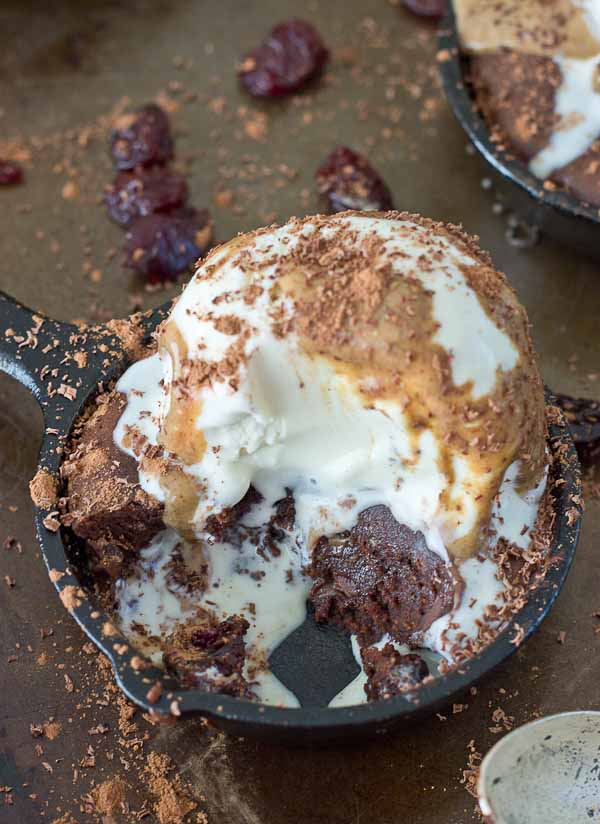