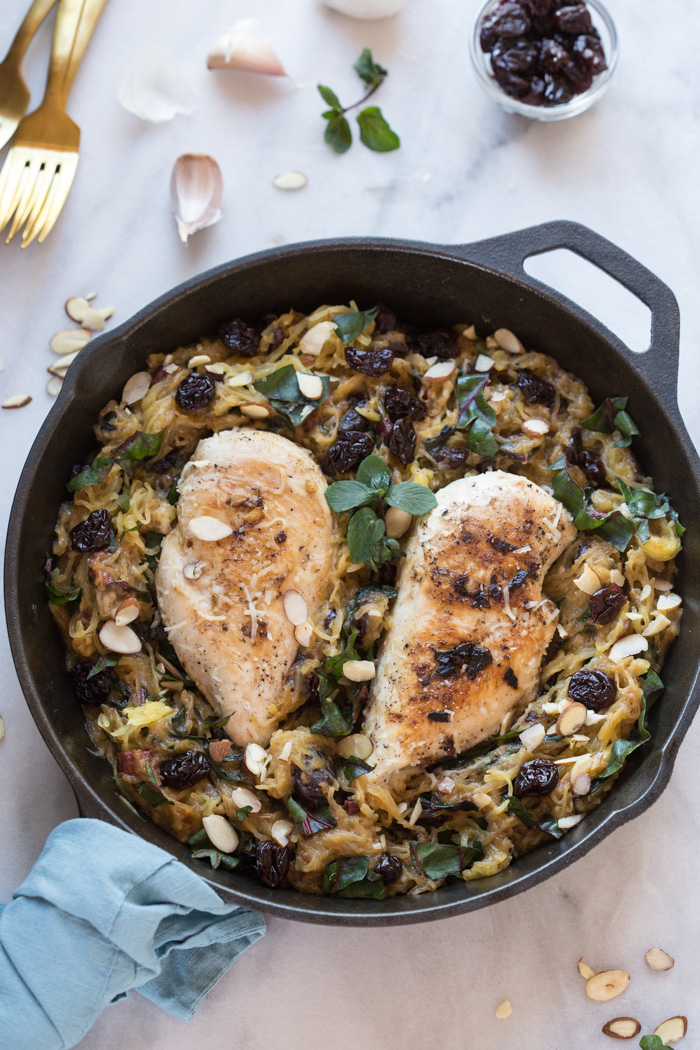 This is one of my latest skillet obsessions. I know, I know I posted a skillet recipe {Skillet Breakfast Tacos} already this week, but cooking in the cast iron skillet is one of my faaaaavorites.

The cast iron skillet is an excellent conductor of heat and the flavors and caramelization that it brings out in a dish is on point. 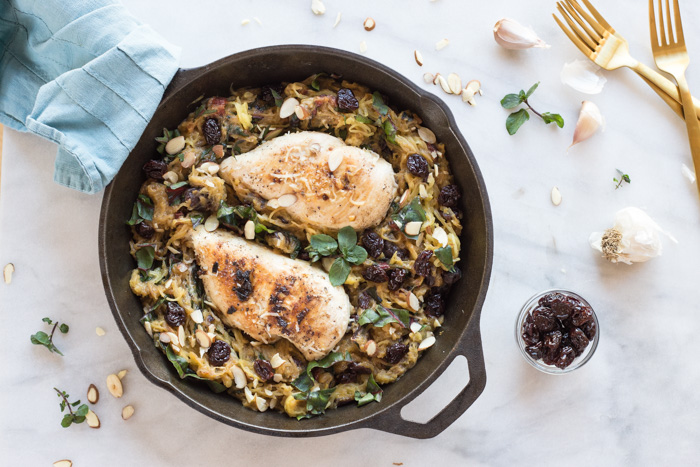 Annnd it doesn’t get better than a one pan meal. Easy clean up! AMIRIGHT? 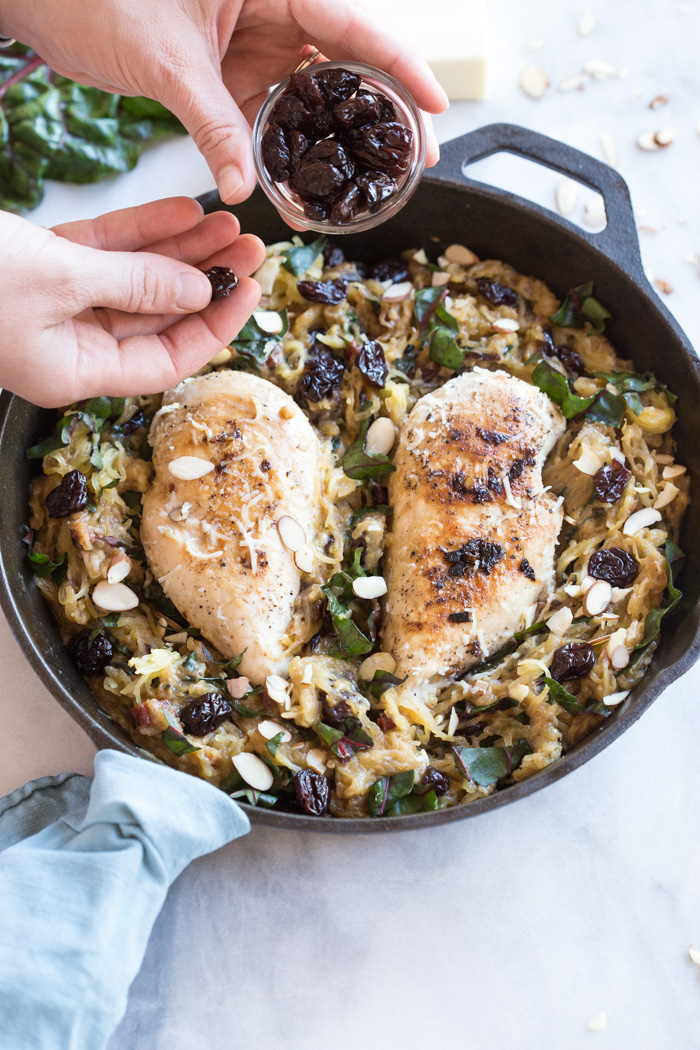 But really garlic butter chicken spaghetti squash skillet has been a go-to ova here for weeknight dinners. I developed this recipe in partnership with the Cherry Marketing Institute and have literally made this recipe in over and over again because it’s that good so I had to get it up on the site to share with you!!

I hope you love skillet recipes as much as I do!! Or at least a little bit because this one is going to change your easy weeknight dinner life. 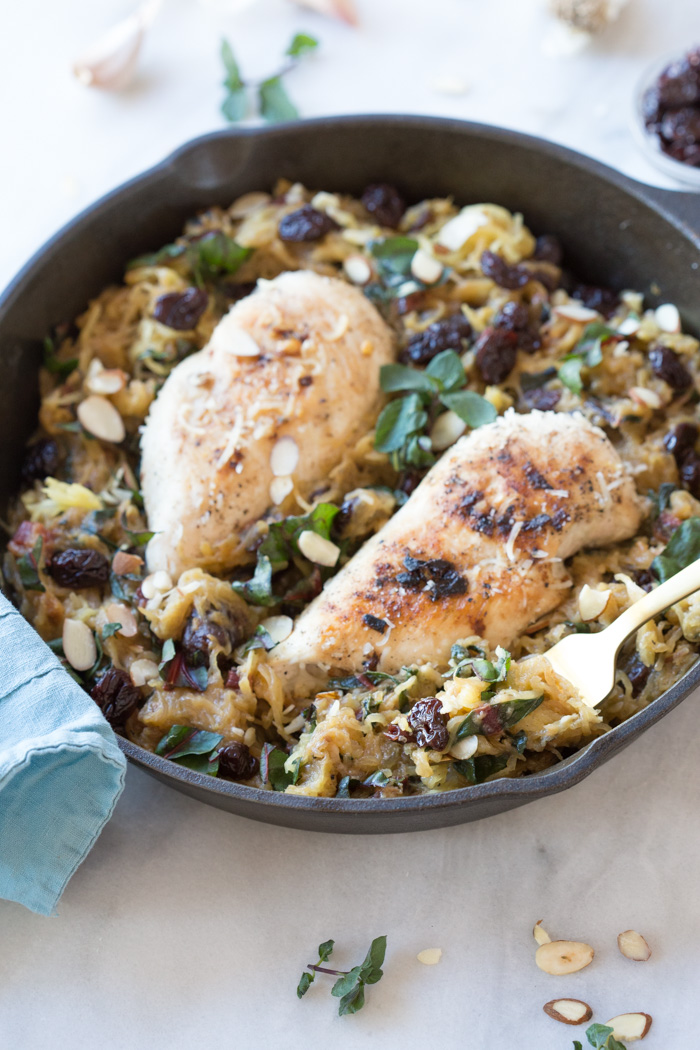 Oh and this recipe is high protein, lower on the carbs and chockfull of all the veggies! Can’t get better than that.

All the things I need on a busy weeknight… garlic butter chicken spaghetti squash skillet with kale, tart cherries, and cheese baked in the cast iron skillet. 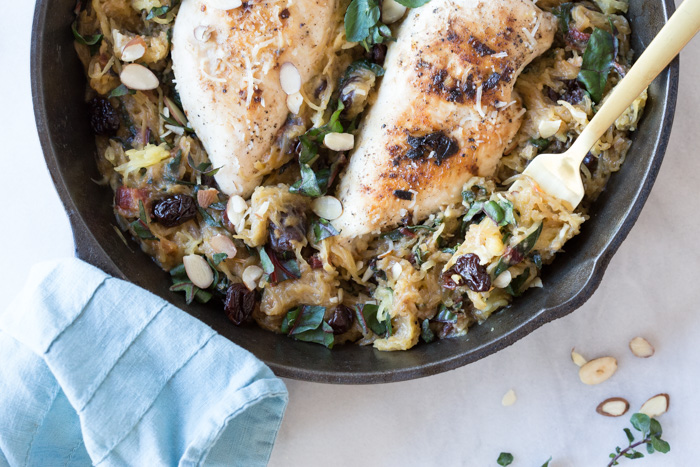 Get in my belly.

All the things you need on a busy weeknight… garlic butter chicken spaghetti squash skillet with kale, tart cherries, and cheese baked in the cast iron.